The Pacific Alliance: How Can your Business benefit?

An overview of the relationship between Canada and the trade bloc 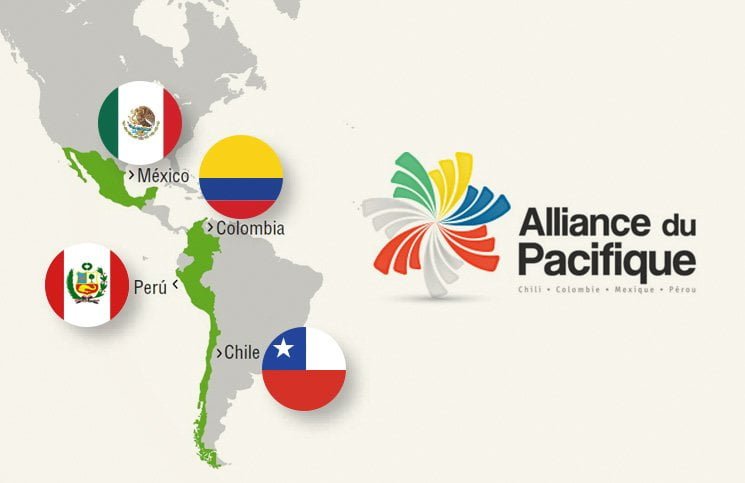 First of all, what is the Pacific Alliance?

The Pacific Alliance (Alianza del Pacífico in Spanish) is a regional initiative created in 2011 by Chile, Colombia, Mexico and Peru. It aims to increase cooperation by creating common rules to promote greater competitiveness and economic growth. This trade bloc represents 37% of Latin America and the Caribbean’s GDP, and concentrates 52% of total trade and 45% of direct foreign investment in the region. As a whole, the alliance represents the sixth largest economy in the world. The Alliance’s overarching goals are to foster free movement of goods, services, capital and people and to and expand their economic relations with the Asia-Pacific region.

Canada and the Alliance

Canada has much to gain from the Pacific Alliance. Its interest in becoming an Associate State of the Alliance reveals a government that is seeking to strengthen trade in various markets, given the uncertainty that looms around NAFTA. After the XIII summit of the bloc held in Mexico in July 2018, where Canada participated as an observer state, the current members reaffirmed their interest in having Canada in as an Associate State. Canada has extensive free trade agreements with each of the four members of the Pacific Alliance. In 2017, Canada's trade with the Pacific Alliance countries amounted to $ 50.5 billion in 2017, representing 79% of Canada's bilateral trade with Latin America (excluding the Caribbean). Much of this trade is represented in Canadian imports from the bloc, and specifically from Mexico. However, exports represent a considerable amount ($ 10.1 billion in 2017) and they present an upward trend.

The relevance of this market is evident. In present times, where protectionism seems to be the norm for certain countries and the threat of a commercial war is latent, it is imperative for Canada to find new trade alternatives. The Pacific Alliance offers the opportunity to develop strong economic ties and to strengthen the role of Canada and Canadian companies as leaders in the region, not only in trade, but also in social and developmental matters. New countries are seeking integration into the bloc, such as Ecuador and Panama, and their admittance would eventually increase opportunities for all.

The argument for market diversification is compelling. About 73% of Canadian exports go to the United States, which makes Canada highly dependent on the US economy in foreign trade matters. Strengthening trade with Latin American countries is a good option, given the proximity of the region and the generally good perception that Canada has among Latin countries.

There is no need to wait for Canada to become a member of the Pacific Alliance to start doing business in the region, as the free trade agreements already in place allow Canadian companies to have a competitive advantage. Exploring non-traditional markets can mean greater business opportunities, and blocs like the Pacific Alliance make it easier for companies to access such opportunities.

CETA: Europe is within your reach!

The Canada-European Union Comprehensive Economic and Trade Agreement (CETA) between Canada and the European community is a provisional agreement whic...view more

Industrial innovation : Have you heard of Mitacs?

As part of a joint research project of Sport Maska and the École de Technologie Supérieure, with funding from Mitacs, a post-doctoral stude...view more